Henry Winston spoke out eloquently: "in the opening lines of the Communist Manifesto, authored in 1848 when the modern working class was emerging, Karl Marx & Frederick Engels noted that Communist influence on the laborers was already a 'specter haunting' the exploiters and oppressors!" (Henry Winston, Class, Race & Black Liberation, 1977, International Publishers)

Gus Hall, stellar past Marxist-Leninist warrior with the Communist Party of the United States, author of Working Class USA: The Power and the Movement & a founder of the United Steelworkers union, frequently hailed one of the Manifesto's crucial lessons: "of all the classes that stand face to face with the bourgeoisie today, the proletariat alone is a really revolutionary class." (Karl Marx and Frederick Engels, Communist Manifesto, 1848, Int'l Publishers) 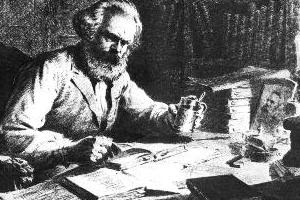 Karl Marx & Frederick Engels: 'Communists fight for the attainment of the immediate aims, for the enforcement of the momentary interests of the working class; but in the movement of the present, they also represent and take care of its future.' 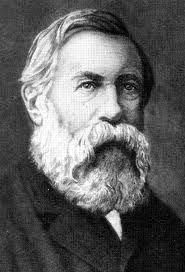 William Z. Foster of the CPUSA once wrote that: "the Communist Manifesto was the first revolutionary program of the world’s workers. It laid down the solid foundations of proletarian thought and action for the workers thenceforth on their road to socialism. It showed them how to protect themselves under capitalism, how to abolish the capitalist system, and how to build the structure of the new socialist society. Marx, Engels, V.I. Lenin, Joseph Stalin, and others were to write many books on Marxism in the ensuing decades, and their writings served to elaborate and to buttress the basic propositions of the Manifesto. Today, (more than 160) years after the great document was written, the Communist Manifesto stands as firm as a rock, a clear guide for the international working class, justified by generations of revolutionary experience, and altogether impervious to the attacks of capitalist enemies." (William Z. Foster, History of the Three Internationals, 1955, International Publishers)

Lenin, the great successor of Marx & Engels, summed up the significance of the Communist Manifesto:

"With the clarity and brilliance of genius, this work outlines a new world-conception, consistent materialism, which also embraces the realm of social life; dialectics, as the most comprehensive and profound doctrine of development; the theory of the class struggle and the world-historic revolutionary role of the proletariat--the creator of a new, communist society." (Lenin, Karl Marx, 1914)

And Lenin could add, with every justification: "This little booklet is worth whole volumes!" (Lenin, Frederick Engels, 1895)

Manifesto of the Communist Party.

Order the Manifesto in print from International Publishers.